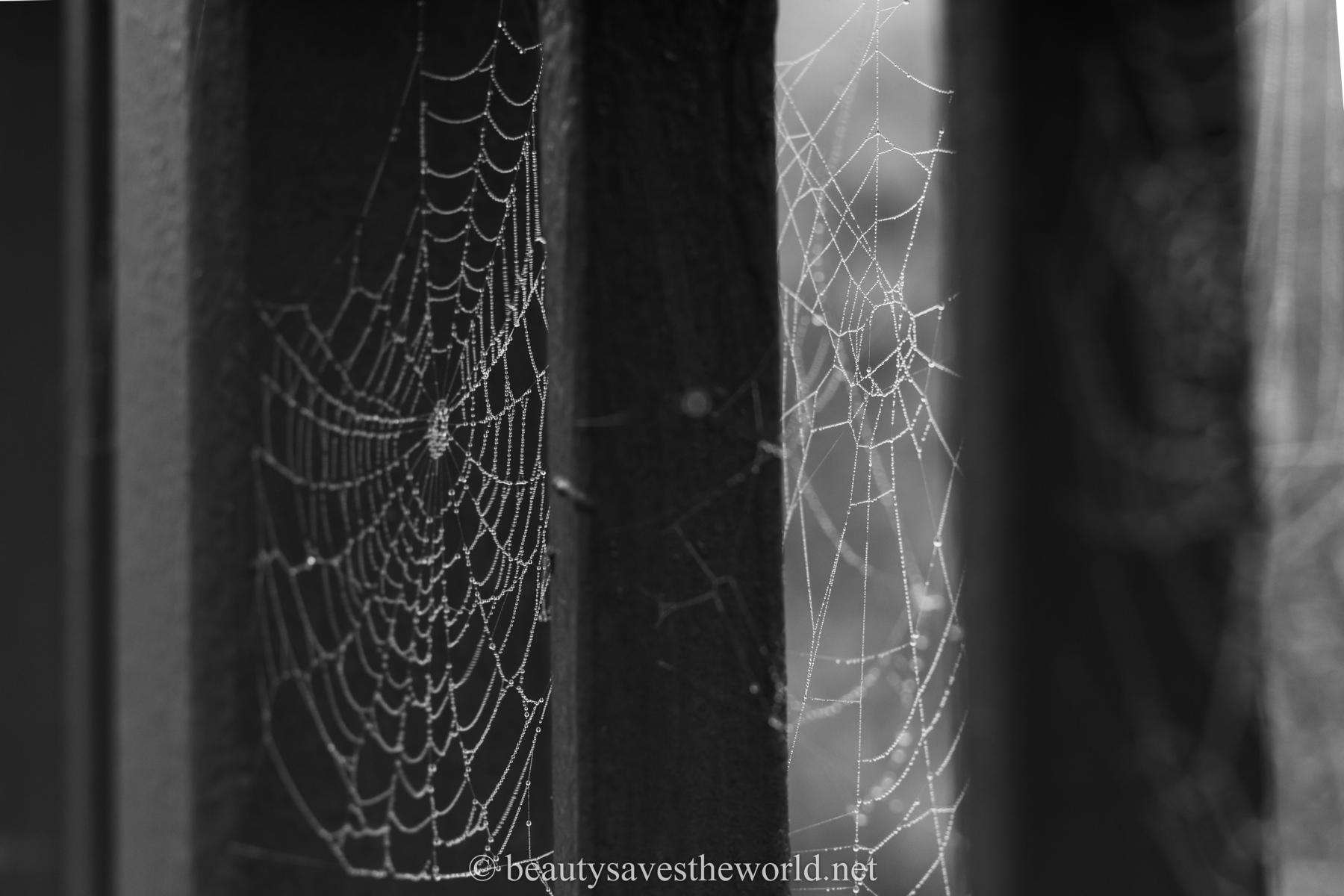 “In fact, I believe that the best definition of man is the ungrateful biped.”

Here the free text to the book´: link to wikisource

For a printed version use this link to amazon.com: here

For a German version on amazon.de please have a look: here

Yes. Another book of Dostoevsky I have to write about. ‘Notes from Underground’ is a dark novel. I read it the first time when I was 19 years old. This book gripped me so much at this time and somehow disturbed me. Since then I have been obsessed with it. It is short – only about 160 pages  – easy to read several times. I lend multiple copies of the book to my friends and usually didn’t get them back. I’m used to buy another copy every now and then. Some people didn’t like this book at all. And I understand why – it’s bitter, resentful, malevolent, full of cynicism and embarrassment. So how could anyone like it? Let me explain.

The book consists of two parts. The first part is a monologue that represents the result of several years of isolation in ‘the underground’. ‘The underground’ means here mostly the isolation from the ‘real’ world, from social life and all human relationships as well as from responsibilities like work or family. The protagonist hides there since he bought a small apartment in St. Petersburg after he inherited the money from a relative. In this first part of the book you will get to know the thoughts of our protagonist that reflect and analyze his person in a psychoanalytical way, although the concept of psychoanalysis hadn’t been invented yet. He has his own ideas about the nature of mankind and debates several philosophical as well as political ideas that were formed around the late 19th century.

In the second part of ‘Notes from Underground’ the protagonist is writing about some episodes of his life. His statement is that there is no autobiography with absolute truth. The person is always ashamed of some parts of his life and avoids mentioning them. The main character, who speaks to the reader, wants to write about his life without hiding the embarrassments. He writes about the most shameful, spiteful and disgusting things he did. Don’t get me wrong. There was no horrible crime. He just did things that he knew were wrong. He didn’t just hurt other people but mostly hurt himself. Maybe that’s why this book is so scary. Everyone can relate to the protagonist. And sometimes we want to hide the shame of our lives even from ourselves, maybe especially from ourselves.

What I findmost interesting about this book is the way the protagonist has tangled himself up in contradictions. He makes one statement, denies it and goes on to explain why he lied. It is like he was was arguing with himself for a long time and is trying to sort out his actions and thoughts. Let me give you an example. Right in the beginning of the book you can read the following:

“I am a sick man … I am a spiteful man. I am an unattractive man. I believe my liver is diseased. However, I know nothing at all about my disease, and do not know for certain what ails me. I don’t consult a doctor for it, and never have, though I have respect for medicine and doctors. Besides, I am extremely superstitious, sufficiently superstitiousas to respect medicine, anyway (I am well-educated enough not to be superstitious, but I am superstitious). No, I refuse to consult a doctor out of spite. That you probably will not understand. Well, I understand it though. Of course, I can’t explain who it is precisely that I am mortifying in this case by my spite: I am perfectly well aware that I cannot “pay out” the doctors by not consulting them; I know better than anyone that by all this I am only injuring myself and no one else. But still, if I don’t consult a doctor it is out of spite. My liver is bad, well — let it get worse! “

Have you ever read something like that? This is so powerful, so human but at the same time so cynical and resentful. Most of the time we are not aware of the contradictions that are in our minds. Very often we don’t even know why we are doing the things we do. We don’t know what we want and why. Dostoevsky tried to capture the psychological state of man like no one else did. His claim is that mankind is not reasonable and is not pursuing things that are for its ‘advantage’. Sometimes we also want things that will make us suffer just so we can demonstrate that we can do whatever we want to do. The most famous quote from this book that many people (like Watzlawick in his book ‘The Situation is Hopeless, But Not Serious: The Pursuit of Unhappiness’ ) are referring to is:

“Now I ask you: what can be expected of man since he is a being endowed with strange qualities? Shower upon him every earthly blessing, drown him in a sea of happiness, so that nothing but bubbles of bliss can be seen on the surface; give him economic prosperity, such that he should have nothing else to do but sleep, eat cakes and busy himself with the continuation of his species, and even then out of sheer ingratitude, sheer spite, man wouldplay you some nasty trick. He would even risk his cakes and would deliberately desire the most fatal rubbish, the most uneconomical absurdity, simply to introduce into all this positive good sense his fatal fantastic element. lt is just his fantastic dreams, his vulgar folly that he will desire to retain[…]”

This statement summarizes the nature of mankind in such a crude manner… You can’t help but realize – Dostoevsky hit the mark. We aren’t rational creatures only. We are also emotional, conducted by our instincts and desires.  We have dreams. We have goals. We want to improve. We want to change. Not only us but also our surroundings. We aren’t machines. We aren’t satisfied with what we have. We always want more. This is why we can’t live in a utopian world. It would be no good.

“In short, one may say anything about the history of the world — anything that might enter the most disordered imagination. The only thing one can’t say is that it’s rational.”

The character of the ‘underground man’ is hard to describe. But he feels like a real person. Almost like it could be Dostoevsky himself. It might be a part of him. Maybe it is a part of us all. And in the second part of the book, which doesn’t describe thoughts, but our protagonist’s actions, we understand fully how dangerous such a state of isolation can be. There is an episode where he goes out into the ‘real’ world and wants to take part in it. One of the first things he sees is a man that was thrown out of the taverns window. How does he react? Is he shocked? Maybe annoyed? No. He is envious. Envious of the man that was thrown out of the window!

How lonely and desperate you must be to feel this way? How broken, how loosely bound to society? Maybe it is the intensity of the confrontation that you want to experience after a long time of social abstinence? You don’t want to make step after step but want to feel it all at once. The ‘real’ life. The suffering and shame. But also honour and pride. Our protagonist enters the tavern. But nothing happens. He knew it was not reasonable to begin a fight. Maybe because he is a coward. Maybe because he knows it is not right. But he feels again like an outsider, like he is not worth to be noticed, not worth of confrontation. He is just being ignored by the whole world. Because he is the ‘underground’ man.

This is only one of the encounters with the outside world that our protagonist experiences. There are more. More embarrassing, more evil, sometimes sad. It is like he is not capable of love or friendship without possessing and destroying the people that approach him. He is seeking for love and acceptance but at the same time denying it to himself. The emotions change from one state to the exact opposite. Love turns into hate, pride to shame, he starts to exert sadism and ends up in masochism. This makes him a tragic figure that lives on the edge of our society. Physically alive but not capable of living with other people and therefore socially dead.

Do characters like the underground man exist today? I think they do. The best example of today’s ‘underground’ men are the Hikikomori in Japan or more general the ‘NEETs’ (‘Not in Education, Employment, or Training’). Most of them are young men that isolate themselves from society, staying at home with their parents, spending time by playing computer games or sleeping. Disillusioned, frightened of the future, of the ‘real’ world where it is so easy to fail. The expectations of parents and society to succeed are too high from their point of view. Isolation is what makes them weak and not capable of living in our midst. There is an interesting video about Hikikomori in Japan that I want to share with you: link to video

‘Notes from Underground’ is a book that shows how isolation can change a human mind. We need other people with whom we can interact. Real people. People we can touch, see and hear. We need an exchange of ideas and thoughts otherwise we will become insane. If there is nobody that challenges our worldview, no one with whom we can compare our thoughts, we could become resentful, arrogant and unprepared for the ‘real’ world. We might become socially blind like our underground man. And the more isolated we become, the harder the way back to society becomes as well.

I hope I motivated you to read ‘Notes from Underground’. It is a disturbing book and it cuts to the bone. But sometimes we need books like this to wake up.