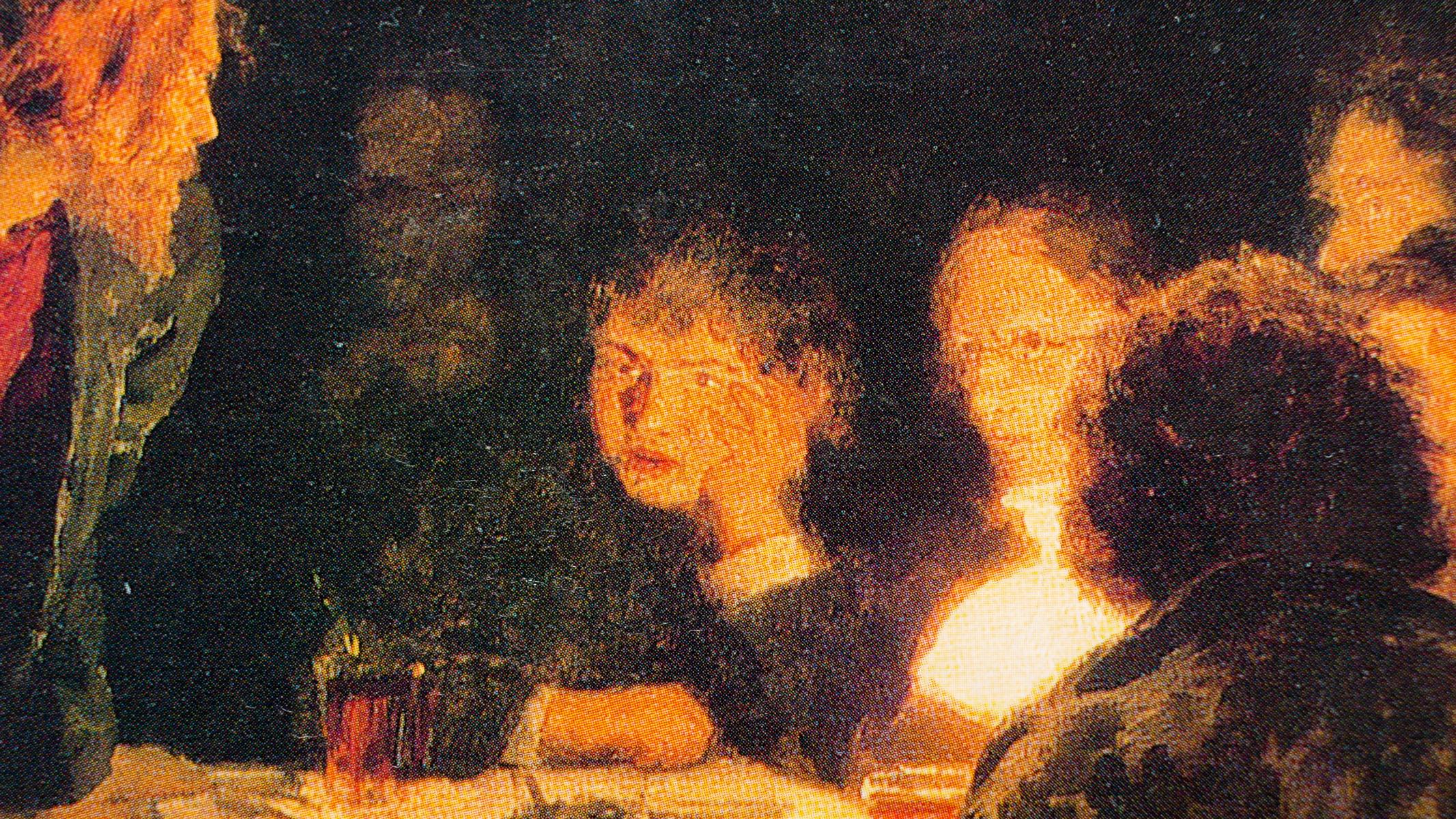 Verily, verily, I say unto you, Except a corn of wheat fall into the ground and die, it abideth alone: but if it die, it bringeth forth much fruit.

With this citation from the bible The Brothers Karamasov begins. It is a very powerful sentence and The Brothers Karamasov is probably my favourite book from Dostoevsky.  It is was also the first book of him I read but at the same time it was the last one he wrote. Therefore it has a special place in my heart. I read it about 10-11 years ago for the first time and once again this year. This book has everything you can wish for. It has a thrilling aspect that deals with the murder of the father Karamazov, it has some complicated love stories where for example the father and the son are in love with the same woman and it has spiritual aspects as well that deal with moral behaviour and religious belief. The characters are so well developed that they first appear exaggerated but after a while you realize that they are more true than every person you can ever imagine. There are these great contradictions, the contrast between emotion and reason to which you can easily relate. What I find most interesting is the psychological significance of the characters. They sometimes know very well why they act how they act but decide to take part in the catastrophy anyway. They are suffering just because they decided to suffer.  Like sometimes real humans do.

Because this book is from 1880 it is free and you don’t have to buy the printed version. Here one a free version on Wikisource: The Brothers Karamazov.

If you prefere a hard copy on amazon.com please click the link: here

You can find the German hard copy on amazon.de: here

I want to describe the different main characters of The Brothers Karamazov as well to persuade you more to read this book.

First of all there is the father  – Fyodor Pavlovich Karamazov who don’t care about his children. He is only interested in himself. He likes to drink and lives only for sensual pleasures. He also likes money and got rich by speculative trading,  A real imposter. The children were raised in different families because his two wives died both very young. Fyodor almost forgot about his children completely. But one day all brothers assembled at his house as adults.  This is the part where the conflicts between the family members are beginning to manifest itself, leading to the murder of Fyodor Pavlovich.

The oldest brother calls Dmitri Fyodorovich Karamazov (Mitya). He is a very emotional and impulsive character that as well as the father enjoys to have pleasure. Because of his impulsivity he is very wasteful with money. He will spend as much as you will give him – just to impress a women and to have fun. Despite his negative sides he has a good heart and knows that some people take advantage of him. He has a very good relationship with his youngest brother Alexei. In opposite to that – the relationship with his father is disastrous. Both are in love with a the young and charming Grushenka and there is much jealousy between them. This is the reason why he is the main suspect in the murder case.

The middle brother calls Ivan Fyodorovich Karamazov. He is the most educated and the most intelligent brother. A very reasonable person and represent as an atheist. In contrast to his brother Dmitri he don’t expect to get money from his father and don’t care to own money either. He is more introvert and a darker personality (less enthusiastic) than Dmitiri. He is in love with Katya – the fiancée of Dmitri but the love affair is too complicated to be fortunate. He has some serious discussions with his youngest brother Alexei about theodicy – the question why god allows the suffering in the world to exist. This is done in the chapter The Grand Inquisitor – one of the most famous chapters from The Brothers Karamasov. Ivan is telling Alexei a story he wrote. It plays during the time of inquisition in Spain. Jesus came to Earth but the Grand Inquisitor jailed him and delivered a speech. His opinion was that Jesus brought misery to the world by making humans free. You can read this chapter on your own without the context of the book.

The name of the youngest brother is Alexei Fyodorovich Karamazov (Alyosha). He is  the hero of the story and the most balanced character of these three brothers. He is not as emotional as Dmitri and he is a Russian Orthodox novice and a strong believer in god. Almost everyone likes and trusts him. Sometimes he seems to be naive or child like. But he observes his family members very good and knows about their negative parts as well as about their virtues. He tries to help to solve the conflicts that exist between the father and the brothers. The most of the time he is the bearer of messages between the different characters. He is not impressed by the strong arguments Ivan provides in his discussion about the suffering in the world. But he is not Jesus either. Sometimes he makes mistakes, too. A very adorable character and you will love him as well if you start to read this book!