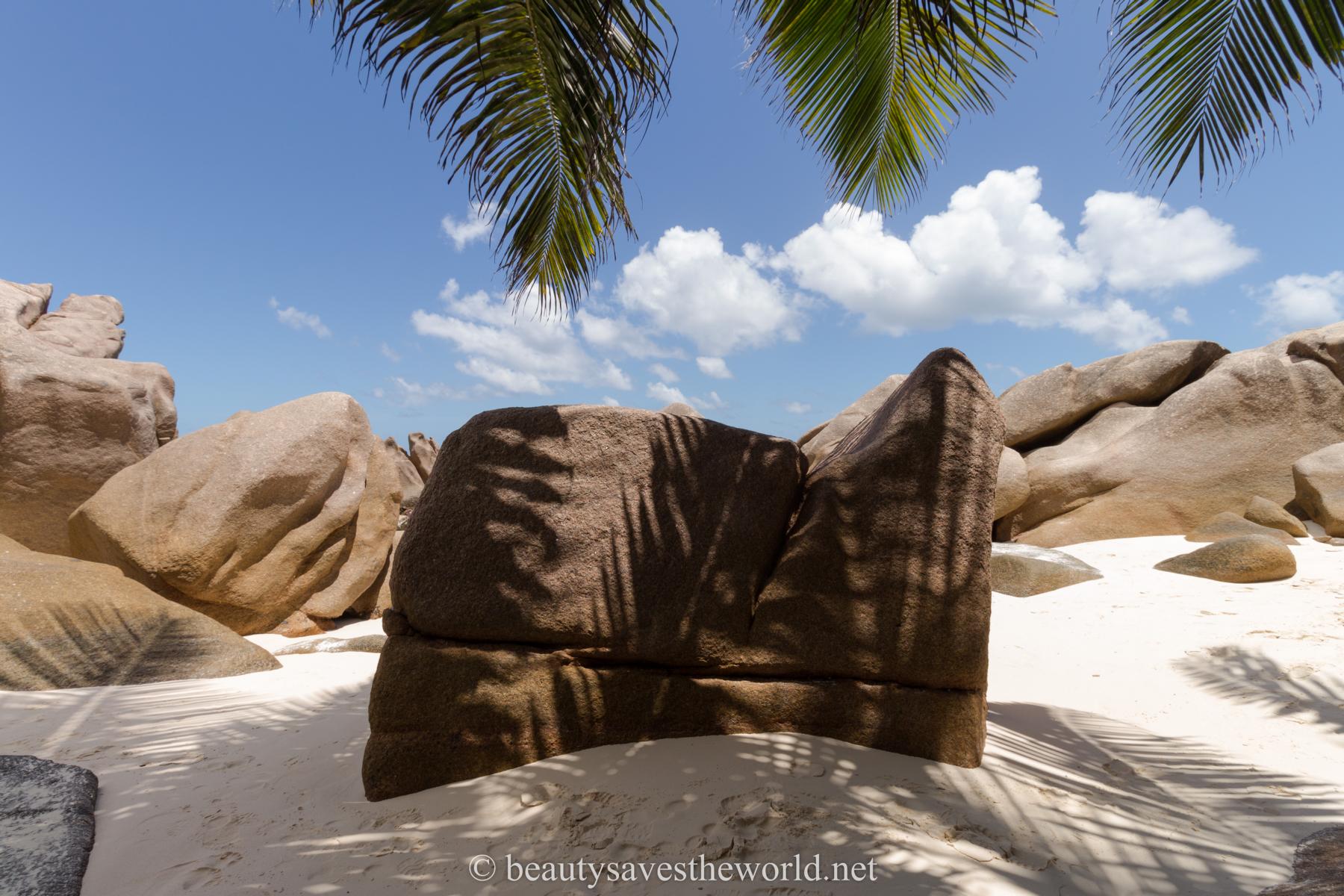 Welcome to Paradise – the Seychelles

We were there on holiday in October 2017.  I want to show you some impressions of the place. I plan to do a three part series where I will describe the islands itself, the animals and the people.

Seychelles is a group of islands in the Indian Ocean near the equator. Many islands are unpopulated and dedicated as nature reserves. The government puts a lot of effort and money to environmental protection. The place is not overwhelmed with tourists which I really appreciated. You can see this on the pictures as there were moments where nobody went into the camera.

We landed on the biggest island – Mahé. But after our 9 hours long flight we waited for the ferry to the smaller island Praslin. We stayed there several nights. The most beautiful beaches are called Anse Lazio and Anse Georgette.  The algae don’t reaching the beaches because of the higher stream then on other parts of the island. It looks so clean and the movement of the waves was so relaxing that we drank some piña colada from a coconut 🙂

As you can see in the picture several catamaran boats are moored in this bay. Few days later we were on the same catamaran and spend some time there.

Here a long exposure picture from Anse Georgette. This is a beach where you have to make an appointment when do you want to visit it if you want to go through the Constance Lemuria Resort. Otherwise you have to walk about one hour over a mountain which could be very exhausting especially during the midday sun. We chose the easier path…

After visiting Praslin we stayed for few days and nights on the catamaran. We sailed with our captain from island to island, relaxed on the beaches, visited protected reservations for animals and snorkelled a lot. I will describe in the next blog post what animals we have seen there. Here you will get some impressions how diverse the island can be.

Here a picture of Curieuse Island. There is a natural reservation for Aldabra giant tortoises and except Praslin the only island in the world where the famous ‘Coco de Mer’ tree is able to grow.

On Curieuse Island we also walked through a Mangrove habitat. These small trees are salt-tolerant (halophytes) and adapted to life on the coast because of their complex salt filtration system. The habitat is important to save small organisms like fishes or crustaceans from predators that normally exist in the open water. Mongroves provide earth with important nutrients and protect the land from erosion.

The next island we visited was Cousine Island. It is especially a nature reserve for protected birds. There are no hotels of guest houses there. As a tourist you have to pay a fee to get access to the reserve.  As you can see on the pictures – the whiteness of the sand is overwhelming. But because this is a bird island – can you imagine the crazy sound effects in contrast to these white calmness?

The last few days we were on the island ‘La Digue’. It is a granitic island that has an area of 10.08 km2 – therefore it is easy to move on the island by bike. The cars are limited there. The habitants use cars only for transportation of the tourists to the hotels and cars can’t be rent on this small island. Almost everyone uses a bike because you can rent it everywhere on the island.

On this picture you can see a pretty pavilion where many married couples use for their wedding/honeymoon photographs.

One day we got to Anse Source d’Argent shortly before sunset. I was lucky because I got some really cool soft clouds that turned the whole sky into a pink shine. The clue was to stay a few moments after the sunset. The afterglow didn’t last very long because of the equator location of the islands. But it was worth it to go back in the dark. We were surrounded by the sound of the local fruit bats flying over our heads.

Here some pictures by exploring the island by bike:

I hope you enjoyed the glimpse of the paradise 😉